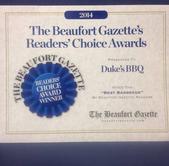 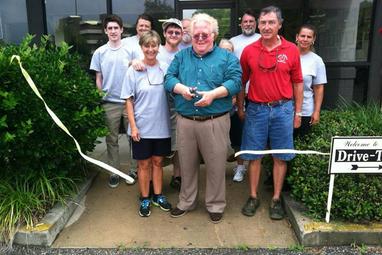 PROUDLY SERVING The Community- One plate at a time

WELCOME TO Dukes Barbeque of Beaufort

Whether from Tennessee, Texas, Georgia, Louisiana, or the Carolinas, southern BBQ is the sweetest and most sultry taste around. Complete with all the fixins', our southern comfort food is sure to satisfy any appetite. The Dukes recipe actually came from the Baltzingers who had Carolina BBQ. Dovie Dukes Married a Baltzinger and got the recipe. He gave the
recipe to all of his brothers and sisters. There were eight all together.  His brother Earl opened the first Dukes in 1946 just outside of Orangeburg, SC and later moved it to Orangeburg. Soon the rest of them followed suit and opened one. The deal was you couldn't open one within a thirty mile radius of another Dukes and you were not allowed to sell the restaurant to anyone but family. Soon their children opened one and there were about twenty-five all together that were family owned and
operated. Every Dukes is individually operated and owned by family with the exception of three. The family used to raise their own hogs for the restaurants until DHEC came into existence and said we had to buy processed meat from a processor. Everything served on the buffet is prepared on site by old southern family recipes. Dukes has been picked by Southern Living as one of the best BBQ Restaurants in the nation, Trip Advisors  award of excellence, and several local awards such as:  being
picked as best BBQ Restaurant and best buffet by the readers of Beaufort Gazette and Low Country Reader Magazine.  Bring the whole family and experience our down home cookin' for yourself. You'll never forget your first time and we promise You'll be back for more.

A LITTLE ABOUT US 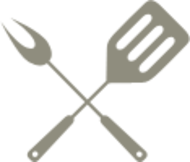